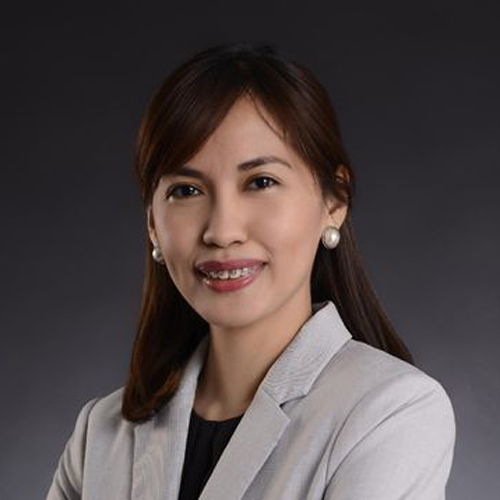 Stephanie Anne V. Tible is a 2006 graduate of Ateneo de Manila University, with Bachelors Degree in Psychology. She began her pursuit of law in San Beda College of Law, and later obtained her Bachelor of Laws at Far Eastern University – Institute of Law. She achieved her dream of becoming a lawyer and was admitted to the Philippine Bar in 2012.

After a stint at a law firm in San Juan, she joined Mallari Fiel Brillante Ronquillo in 2013 and had a vast experience mostly in the areas of Litigation, Corporate, and Intellectual Property. As a litigator, Stephanie has successfully handled annulment and collection cases. Her knowledge in legal writing, contract preparation and review, and compliance regulations comes handy in corporate practice. Stephanie has further represented clients in trademark registration before the Intellectual Property Office.

Stephanie strives to keep up-to-date with emerging technology vis-à-vis the legal practice. She is currently into blockchain and cryptocurrencies. She recently completed a course of study on “LFS171x: Blockchain for Business – An Introduction to Hyperledger Technologies” offered by LinuxFoundationX. Right now, she is taking a course on Bitcoin and Cryptocurrencies offered by BerkeleyX.

When she isn’t strategizing with her colleagues and clients or attending conventions or other professional dealings, Stephanie is probably energizing at home or with friends. She’s known for her love of music, cats and dogs (most animals, actually), travel, food, rainbows, and mobile games.

Stephanie is affiliated with the Integrated Bar of the Philippines. She used to be a professor at the University of La Salette, Silang, Cavite in 2014.

Stephanie is available for collaboration and private consultations.