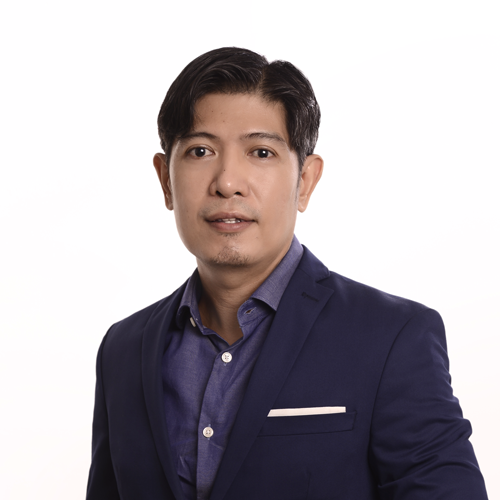 James is a Partner of The Law Firm of Fiel Brillante Ronquillo Tible. He is designated as the Chief Finance Officer of the Firm primarily responsible for accounting and finance matters of the Firm.

James completed his undergraduate degree in Bachelor of Science in Accountancy from the Far Eastern University, Manila in 1999 where he was awarded as a Dean’s Lister. Shortly after his graduation, he then took and successfully passed the licensure examination for Certified Public Accountants by the Professional Regulatory Commission in 1999. However, James didn’t stop there. He took up his Bachelor of Laws degree from San Beda College of Law, Manila where he graduated in 2006. He then successfully hurdled the bar examinations in 2007.

He began his career as a certified public accountant when he joined KPMG as an Auditor from 1999-2000. After which, he decided to join the Bureau of Internal Revenue (BIR) where he was appointed as a Tax Examiner and Revenue Officer at the Large Taxpayers Service from 2003 to 2014. During his stint with the BIR, James has undergone several courses to enhance his expertise in the field of taxation. In addition, he has attended several courses and seminars conducted by the Internal Revenue Service of the U.S. government regarding advance tax fraud auditing. He was a regular resource speaker/lecturer in the field of taxation in seminars conducted by the Revenue District Office where he was previously assigned.

Armed with his experience in handling various tax accounts in the BIR, he became one of the seasoned and well-sought tax lawyers in the country. James then decided to venture into private practice when he joined the law firm of MFL & Partners in 2014. James has helped countless clients whose concerns mainly centered on corporate and tax matters. He has successfully negotiated, compromised, and settled several tax cases, some of which include tax assessments of known corporations in the Philippines.

In line with the changing times, James likewise ventured into the field of Financial Technology where he assisted clients in obtaining their licenses with the Bangko Sentral ng Pilipinas to operate as a Virtual Asset Service Provider and Money Service Business. In line with this, James was able to complete the Money Laundering & Terrorist Financing Prevention Program Seminar in 2019 as recognized by the Bangko Sentral ng Pilipinas.

James is available for collaborations and private consultations.